FREE SHIPPING FOR ALL ORDERS OVER $100

While this common species is considered to be one of the more unintelligent representatives of the bird kingdom, recent studies show that chickens may actually be smarter than a toddler. So, before continuing to underestimate the brain capacity of this bird, read on to find out just how clever they are. 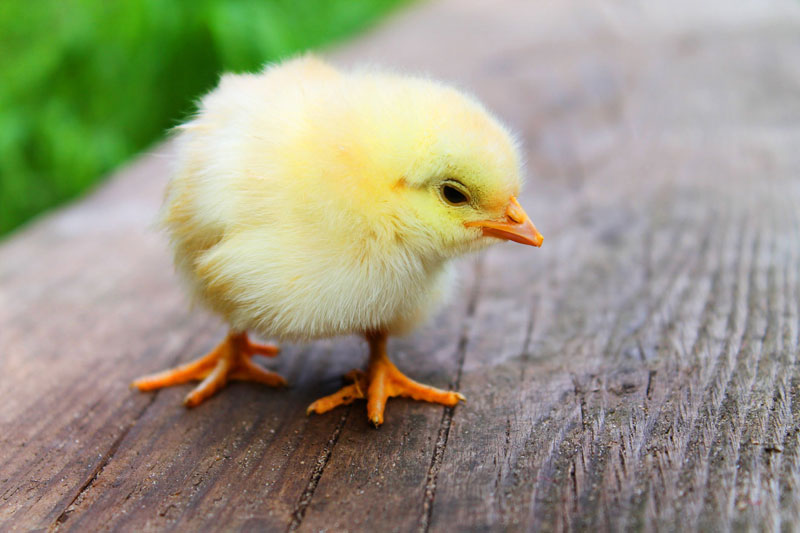 Researchers were stunned to discover that after just a few hours from hatching, baby chickens already displayed signs of intelligent behavior. They compared these feats with those of a toddler, and they came to the conclusion that it takes a human baby four months to reach the same intelligence levels after birth.

Christine Nicol, a professor at the University of Bristol, covered 20 years of research on this particular subject. She found that baby chickens that are only a few hours old are capable of tracking numbers up to the count of 5. It also appears that from a very early age, chickens know that even if an object is out of sight it doesn’t mean that it disappears completely. For them it continues to exist even if they don’t see it anymore.

Other tests on chickens revealed that 2-week old chickens have the ability to navigate under the sun. This means that these feathered little creatures know how to take data by observing the position and height of the sun in the sky during the day.

With the help of an experiment, chickens showed their ability to plan ahead and show self-control by learning lessons from their environment. In one study, chickens realized that if they wait a little longer until they begin eating their food, they will be allowed to spend more time with the food. Thus, they chose not to launch into their food bowl but wait, utilizing self-control, so they could gain the advantage of time. One of these studies showed an incredible rate of success as 93% of the chickens tested displayed self-control. On the other hand, when it came to studies on human babies, it was determined that they cannot display self-control until the age of 4.

Even their communication is rather advanced, as they are able to perform at least 24 different types of vocalizations. The sounds they make are used to transmit information, such as announcing any danger, which means that chickens are self-aware and can make assessments of their statuses and of what surrounds them.

They Can Feel a Range of Emotions

Researchers also found they chickens present a simple form of empathy, something they call emotional contagion. According to this fact, believe it or not, chickens have diverse personalities, although it is enough to observe a group of chickens to notice this aspect. It seems that it all starts in the nest, the mother hen showing a variety of personality traits that appear to influence the development of its chickens.

So, while there are very many bird species that are much smarter than chickens, these domestic birds manage to prove us that they are far from being stupid.

Be the first to know about specials offers and new products